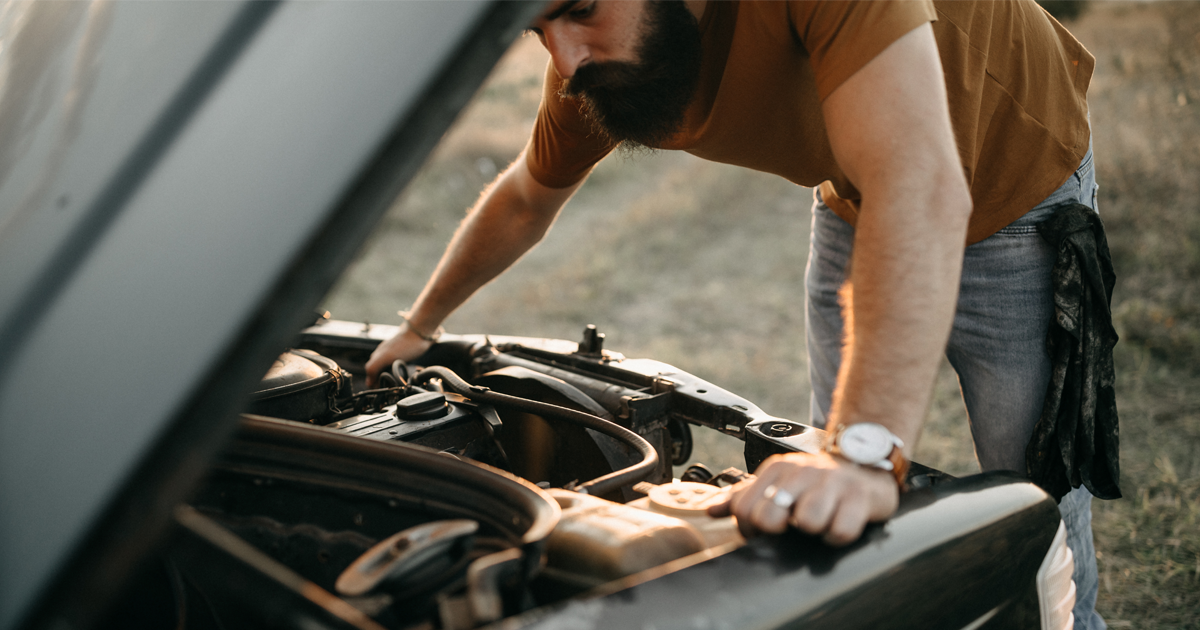 Can I get a SOSA-aligned everything, please?

If you’ve ever worked on an older car, you can probably commiserate with anyone striving for a more standardized approach to any complex system. For me, that system came in the form of an early ‘90s Eagle Talon. The day I received, and was grateful for, that beast, I remember an older relative genuinely asking me if I was the coolest kid in school for having it. Considering the car was then about 10 years old, had a generous number of miles on it, and the red had faded into more of a matte pink, I kindly assured him I was not. But in his defense, it would have taken more than a car to make that happen.

Despite it looking like a runner-up for the Back to the Future movie series, the car was fun to drive: a five speed with decent pickup for its years. It more than served its purpose. But when it came to repairs, which were frequent, there were some challenges. The parts were often difficult for me to track down considering the age and somewhat obscurity of the car and replacing them was incredibly time consuming. The air filter alone looked like no other and resembled a lampshade in both size and shape. It was not something part stores wanted to give up precious shelf space to keep in stock. Once the right parts were acquired, I’d take them home and pop the hood just to remember I needed metric tools in a house of Chrysler owners. Why couldn’t these change-outs be simpler? Couldn’t I maintain my ‘system’ more easily if there was a bit more standardization among manufacturers?  Now, car systems have changed since the early ‘00s, and while they’re not the same as those you’d find on a Navy ship, the complexity of their systems brings the same question to mind: How can we improve these technology change-outs and make them more accessible, upgradable, and standardized?

The Drive for a New System Architecture

Unlike cars, technology in the electronic warfare (EW) industry is even more rapidly advancing while becoming more complex, but they share a growing need to create commonalities so hardware builds can become more versatile, interoperable, and future-proof. Focusing on these electronic warfare systems, some of the existing standards, such as OpenVPX, remain valuable and continue to be an industry leader among forward-looking system builds. However, some of the standards are user-defined, potentially leaving room for a little too much interpretation, limiting its true versatility.

SOSA stands for Sensor Open Systems Architecture and addresses these variables by defining specific requirements for sensor-processing systems, including backplane pinouts. Before SOSA, the wide array of backplane pinouts caused many interoperability headaches as each application usually created their own semi-custom profile. As for the standards themselves, they’re still emerging. While we have some general information about what to expect, the exact architecture is not scheduled to be released until the late summer of 2021. With it now nearing completion within a consortium of industry and government members, it may be regarded as being mature enough that systems engineers can leverage it today with confidence. I think it’s important to mention here that while the driving force behind these standards is the U.S. military, it is intended to be a modular design that serves the commercial space as well. Unfortunately, I’m not holding my breath that the automobile industry will be adopting SOSA soon.

Joking aside, there’s a balance that SOSA offers between offering users a kind of plug-and-play option for multiple devices to work together seamlessly while maintaining the security of the devices themselves when connected or even compromised. Ideally, one device should be able to be removed and replaced in a short amount of time with little labor required. With a uniform backplane, a card could be pulled, replaced, and wired in without involvement from an expert on-site, which could mean time saved and dedicated elsewhere when it really matters.

Why do I want SOSA-conformant products?

When it comes to safety, moving at the speed of technology is vital in this industry. SOSA-aligned products do just that -- they’re rapid technology inserts that can save time both from a development standpoint and in relationship to upgrading existing systems. And the latter, in turn, can reduce sustainment costs and enable more and better systems to be deployed overall. With greater compatibility, cases of vendor lock are greatly reduced while affordability is increased, as more competition drives innovation. This emerging standard also includes reductions to SWaP (size, weight, and power), and will achieve this new level of versatility without losing sight of the security features to enable more resilience to attacks. Ultimately, there’s no downside to aligning with this emerging standard.

Since SOSA-alignment requirements are based on existing standards, surprises along the way for early adopters should be few, if any. To take advantage of the many benefits that will come along with this latest open architecture standard, you can look to the pioneers of open standards and the products you trust most in the industry, such as those from Mercury Systems, and their expanding product portfolios that are SOSA aligned. To view our latest SOSA-related product release, view the press release for our dual microwave upconverter, the RFM3103s, or visit www.mrcy.com/SOSA to view the full SOSA-aligned product family. Alternatively, if you’d like some tips on changing out an oxygen sensor on a ’94 Eagle Talon, contact me directly.