Clarifying the Functions of an Encryption Key and ATA Password

Encryption keys using AES-256 bit encryption are 256 characters in length. While the length of the ATA password varies based on the BIOS programming, it is typically 32 characters. For higher levels of security, some SSD devices, such as Mercury’s ASURRE-Stor and TRRUST-Stor secure SSD devices, accept ATA passwords of up to 64 characters. 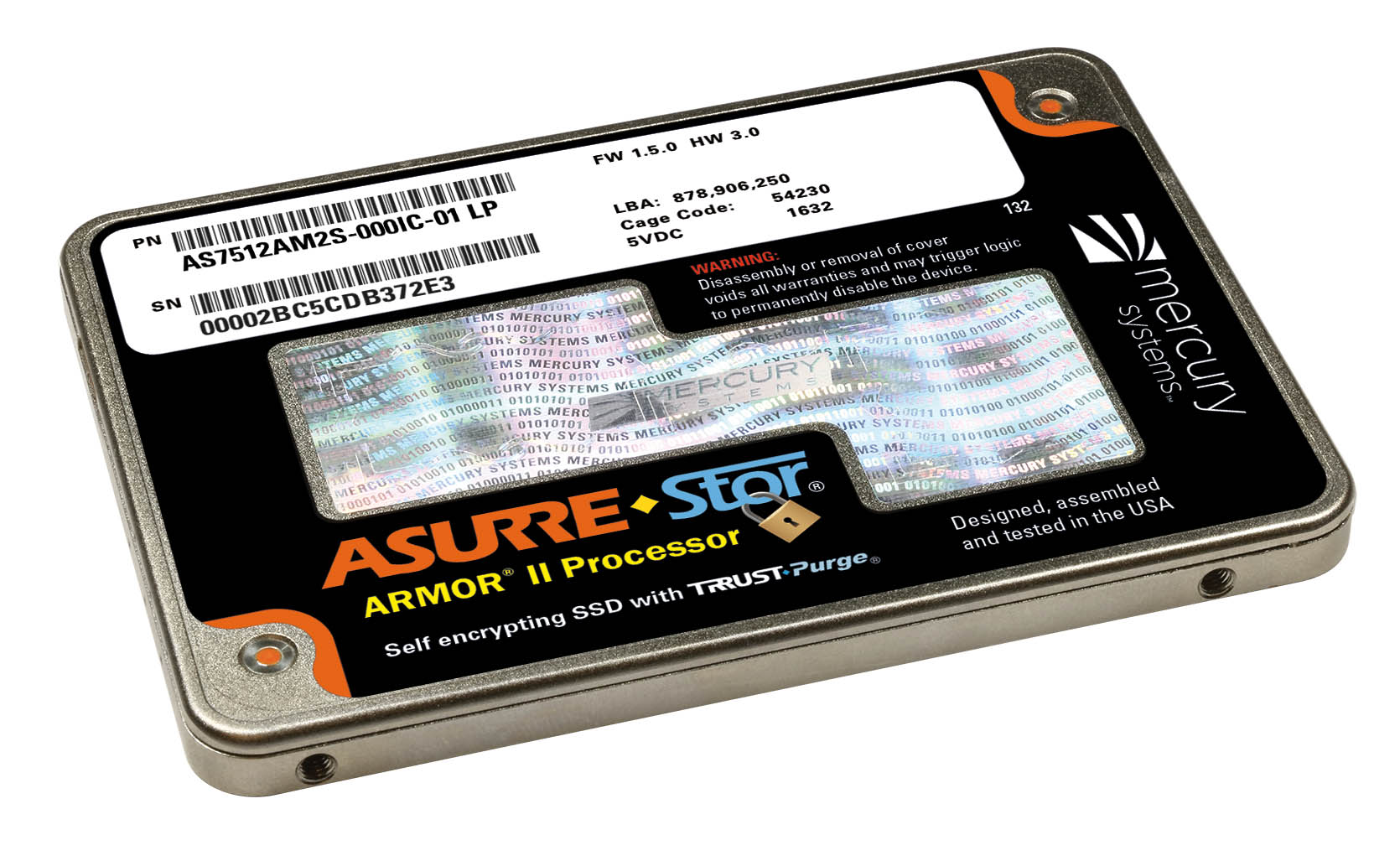 When selecting a password, strength is an important consideration. It is also important to understand the strength of a password as compared to an equivalent encryption key. The table below provides this comparison.

Only after both the correct key and ATA password are provided to the device will the drive perform normal operations. Requiring both an encryption key and an ATA password reduces the probability that an adversary can access unauthorized data without these two pieces of information.

What happens if an adversary uses a brute force approach in an attempt to identify the key and/or ATA password? A secure SSD, as defined by Mercury Systems, will be configured to limit the number of failed ATA passwords and key entry attempts. Upon reaching the designated limit, which could be as few as one attempt, drive sanitization will automatically proceed. The entire contents of the drive will be erased, and an overwriting procedure will commence to render the data forensically unrecoverable.

Manufacturers of most SSD devices rarely provide details of their encryption and key storage methodologies. The end user is left unaware if ATA passwords and keys are stored in plain or cipher text. An SSD device that stores ATA passwords or keys in plain text should never be used for a military application. It is theoretically possible, though extremely difficult, for an adversary to disassemble a captured SSD device (with an ATA password or key stored as plain text) and complete a reverse-engineering process where the individual memory devices are probed to reveal the appropriate values. Mercury SSD devices never store ATA passwords or keys as plain text.

Other algorithms exist to convert an ATA password into a key that is used as a KEK. These algorithms condition an ATA password or apply a pseudorandom function. By repeating the process many times, a new 256-bit key is derived. The output, a KEK, is used to encrypt and decrypt the device’s encryption key.

In my next two posts, I will review details of each key management mode supported by Mercury secure SSDs with an easy-to-use chart to determine which mode will be best for your application. To learn more on this topic, you can download the full white paper, "Unlocking the True Value of Encryption and Key Management Modes for Military Data Storage Applications" or contact us at secure.ssd@mrcy.com.