Dennis Vied, Lieutenant (retired), a native of Wyatt, Missouri, began his service in the US Navy after graduating from the United States Naval Academy in 1960. Reporting to the USS Coral Sea (CVA-43) aircraft carrier, he served as an Assistant Navigator and Radar Navigation Officer with collateral duties as Officer of the Deck and CIC (Combat Information Center) watch standing. 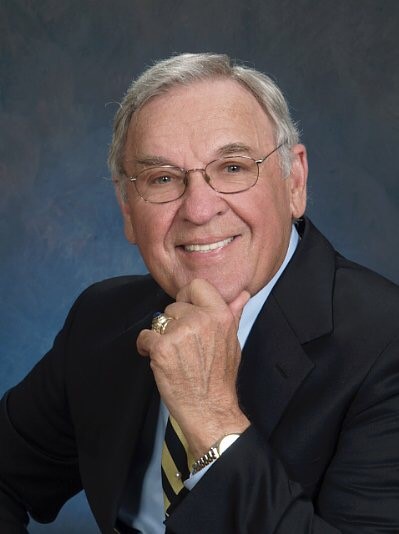 After two years in the Coral Sea, he attended Terrier Guided Missile School and reported aboard the USS England (DLG-22) as a Guided Missile Officer and part of the nucleus crew of the ship under construction. The ship was commissioned on Pearl Harbor Day, December 7, 1963, and LTJG. Vied was honored to be a Plank Owner, served as the ship’s first Officer of the Deck, and wrote and signed the ship’s first log entry.

In 1964, after four years of service, Lt. Vied accepted a commission in the Naval Reserve and left active duty to pursue a career in commercial aviation. With over 28 years at Trans World Airlines (TWA), Captain Vied qualified in the Lockheed 1011, Boeing 727, 757, and 767, and retired in 1998. He then joined Themis Computer (acquired by Mercury Systems) in 2010 as a Technical Editor.

"I remember the people with whom I served with great fondness. We forged bonds which may never be broken. I felt I could trust every one of them with my life, which became more than a saying; a fact of everyday life. I will never forget."